I'm syncing my raspberry pi 4 model B, 4GB and after 4 days I'm less than 50% synced. It seems as though there is something wrong with bitcoind as there are some weird symptoms going on. The pi is running raspiblitz 1.7RC2 (64bit). I have 400mbps internet and it's connected to a new 1TB sandisk ssd.

First I looked at the debug.log file (sudo tail -f /mnt/hdd/bitcoin/debug.log) When bitoind is first started up I see blocks being added at a rate of several per second. After letting it run for awhile it slows down to one block every few seconds. I also get ping timouts and my peer connections are constantly cutting off and don't exceed ~10.

Trying to communicate with bitcoind also becomes slow, bitcoin-cli getnetworkinfo | grep connections at the start is instant but after awhile this command can take 30 seconds to execute.

Finally using nmon the system usage is very low except bitcoind is reading from the ssd at a rate of ~250 mbps but not doing much writing. The cpu usage is blocked by waiting io. The only thing I have tried was lowering the dbcache by 500mb thinking there wasn't enough free memory but it did not help. 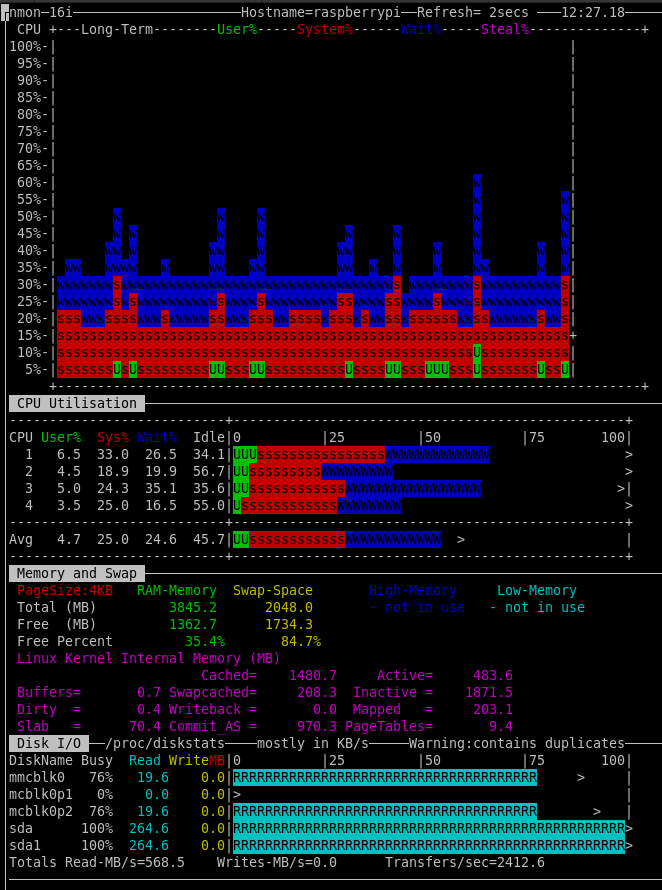 Edit After several restarts the sync seems to be going faster than before, even after waiting. The disk reads are much lower with some writes as well. Not sure why lower read speeds results in faster syncing... 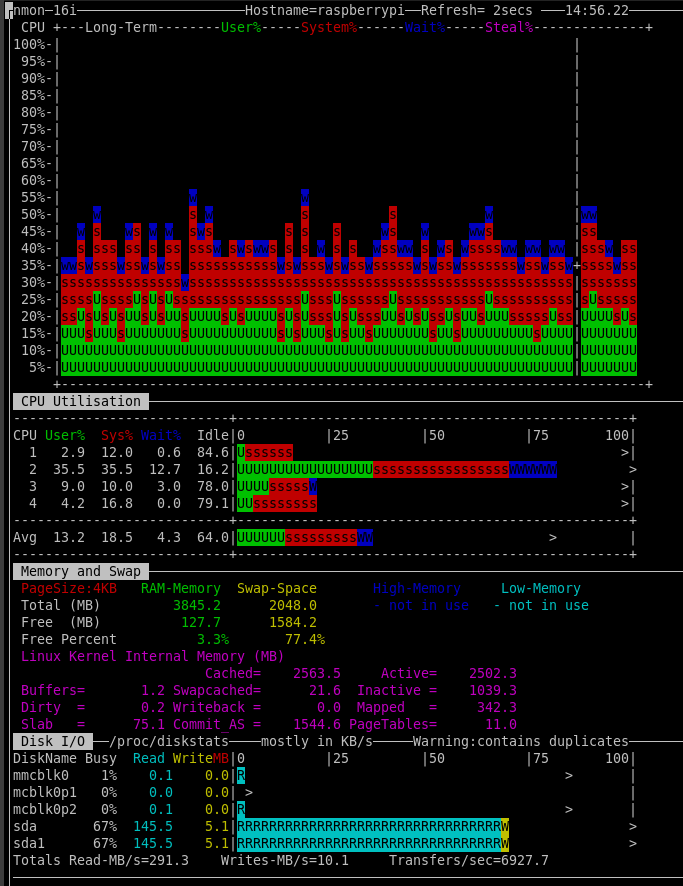 I noticed after "leaving block file" it's operating at about 1/2 speed for awhile now. Look at the time stamps in the attached screenshot. Things slow down quite a bit after that.

Browse other questions tagged or ask your own question.