Bitcoin in wallet transactions but not on the blockchain (old wallet)

My wallet showing a transaction 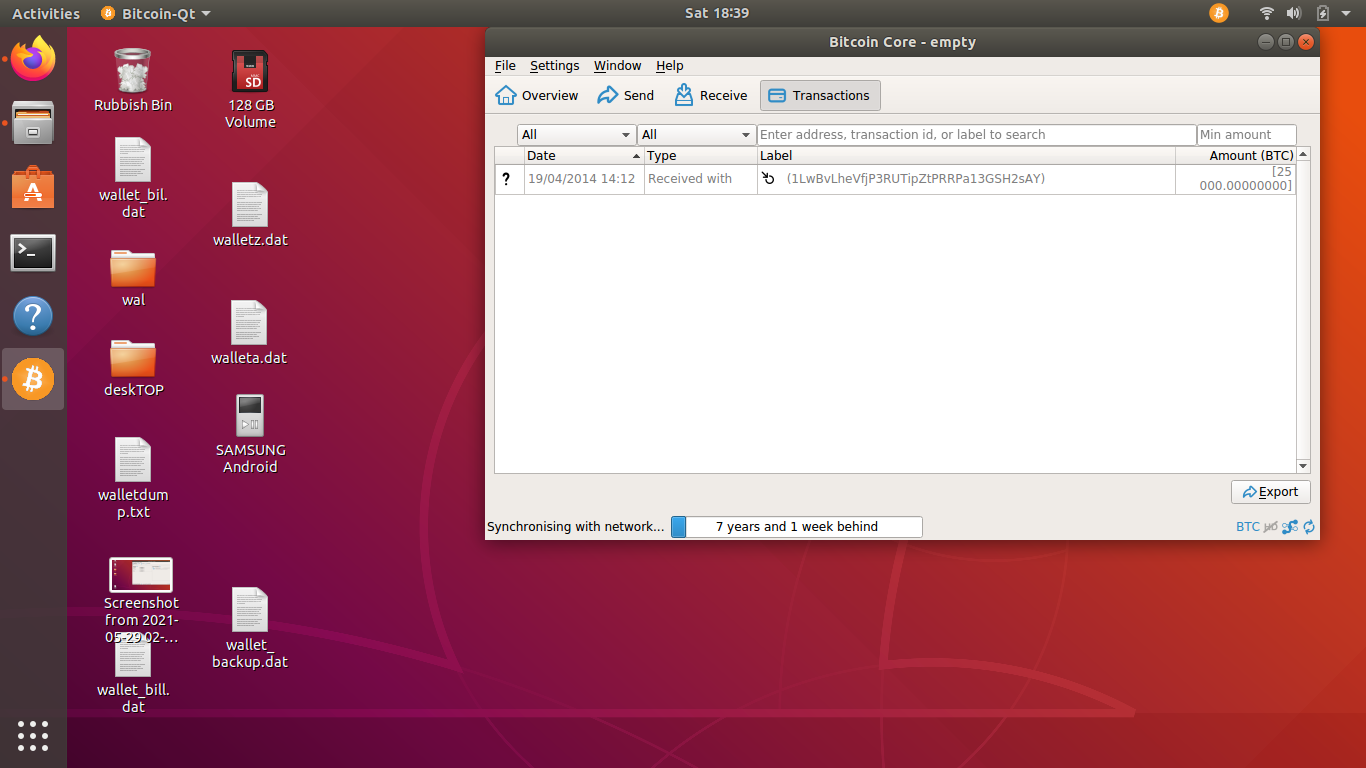 Please help! It's a long shot but the amount of BTC is huge, so I want to try every approach at accessing the BTC before giving up.

transactions blockchain wallet
Share
Improve this question
asked May 29 '21 at 17:50

I'm afraid you won't be able to access these funds.

The transaction is not, and has never been, confirmed on chain. From the perspective of the network, it doesn't exist.

If that doesn't work, it likely means the transaction is spending funds that no longer exist (i.e., it was double spent). The error you get from sendrawtransaction does not mean anything, as your node is not fully synchronized yet.

Regardless, I'd suggest to let your node synchronize with the network. It's possible that it has received other transactions at that time, which did get confirmed.

@Adjam, this should definitely be investigated. Perhaps a memory exercise would help you recall the associated circumstances.

Think back to 2014. You were running Bitcoin. April. A single Bitcoin was worth $505. You're watching TV, eating Cheetos. Somebody sends you $12.6 million dollars.

p.p.s. Also, did anyone mention looking closer at the wallet? Isn't it supposed to contain a full history? I don't know much about these things, TBH.

Tip: for your next billion, maybe put your bitcoins in a bank, where it's federally insured.

Not the answer you're looking for? Browse other questions tagged transactions blockchain wallet or ask your own question.

0
Blockchain transaction goes missing when searched from a few sites
0
Transaction do not shows up in my android wallet
0
Failed transaction, but my wallet shows 0 balance
0
Old wallet problem
1
Salvaging an old, incompatible wallet with bitcoind