When I look at the chart labeled Mempool Transaction chart https://blockchain.info/charts/mempool-count with a description of "The number of transactions waiting to be confirmed", I see nothing that goes over 50,000 and for the current time shows only 22,066 transactions.

Seems like they should be the same. One is current unconfirmed transactions and the other is the number of transactions waiting to be confirmed. What am I missing?

You're not missing anything. If the two where sourced from the same full node, they should show the same data. It appears that there are two distinct sources used for the graphs. 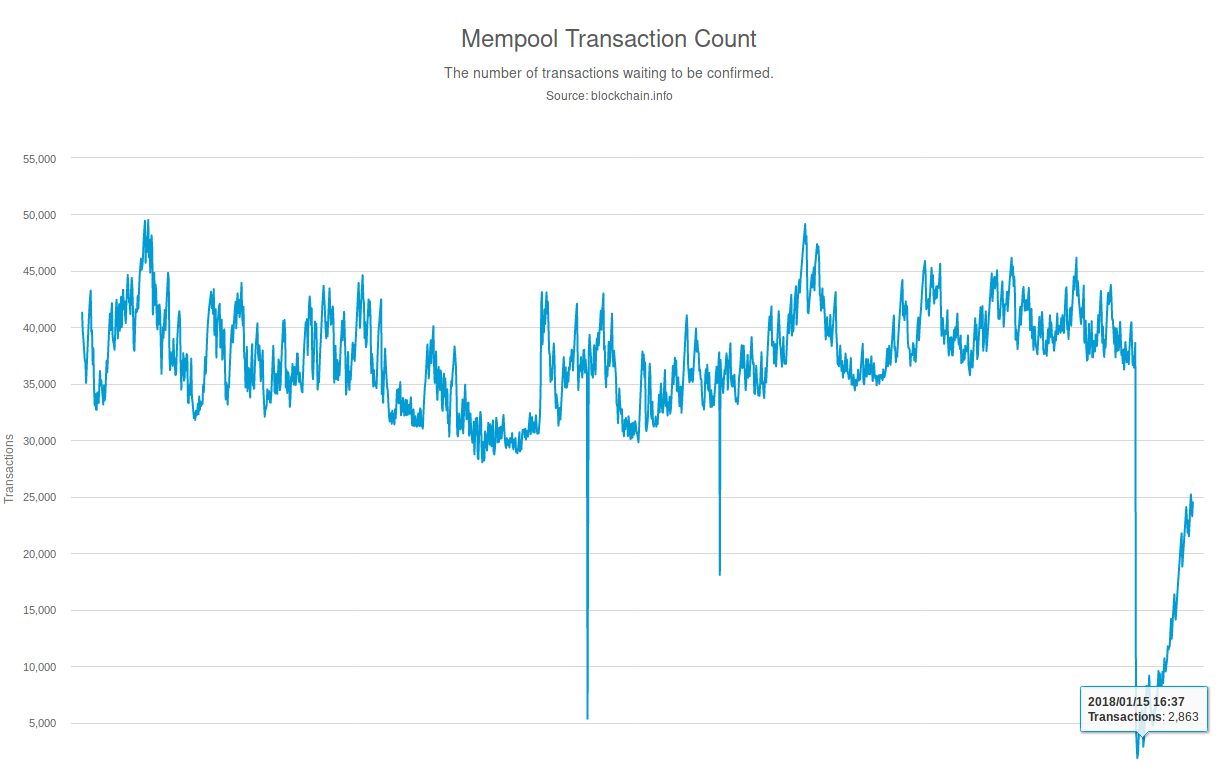 By the way, the mempool chart indicates that the full node sourcing the chart was uncleanly shut down today, which is not reflected in the other unconfirmed transaction count. On a clean restart, the node should have simply reloaded the persisted mempool state, but instead the graph indicates that it took hours to build up transactions in the mempool. (Alternatively that full node predates Bitcoin Core 0.14.0 when the feature was introduced.)

Not the answer you're looking for? Browse other questions tagged unconfirmed-transactions blockchain.info charts or ask your own question.